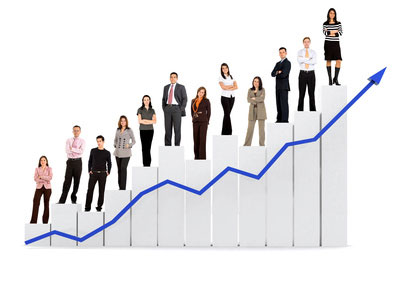 Trina Spear, 29, graduated in 2011 with an MBA from an elite school and a hefty $170,000 in student loans. The debt was the reason she took a job in private equity rather than start her own company. “For someone coming out of Harvard Business School, people think you have every opportunity in the world to do everything you want in life,” she said. “[But] you really feel like you’re handcuffed and you have to go to the big corporate job.”

TRINA RAISED MONEY FROM INVESTORS IN EXCHANGE FOR EQUITY IN HERSELF

Two weeks ago, Spear moved to Los Angeles to join FIGS Scrubs, a startup she co-founded that’s attempting to freshen up the medical apparel industry. She was able to quit her big corporate job at Blackstone Group thanks to 13 strangers who invested $20,000 in her future in exchange for one percent of her pre-tax income over the next ten years. The money will cover her $1,500 monthly interest payment and hold her over as she raises $1 million in venture capital for her startup.

It’s called a human capital contract, in which an individual raises money from investors in exchange for equity in herself. The idea is a bit unsettling. It sounds like either a modern version of indentured servitude, or the early version of some dystopian future in which every person is valued in dollars. In the science fiction novel The Unincorporated Man, every human is incorporated and most don’t own a majority of themselves. Their shareholders are their parents, the government, schools, corporations, and investors who bought their equity on the secondary market.