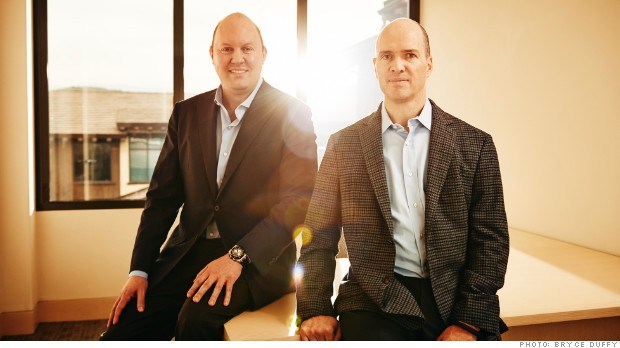 FORTUNE — Investing successfully in startups takes more than a pocketful of cash. That’s the message venture capitalists and securities regulators hope to transmit to those interested in equity-based crowdfunding, a new form of investing currently awaiting regulatory approval. Ordinary investors will soon have the opportunity to invest in early-stage startups in exchange for company stock. Today, only a small percentage of investors, those who meet certain income and wealth requirements, are effectively able to invest in startups in exchange for equity.

The change is part of the JOBS Act — a.k.a. the Jumpstart Our Business Startups Act — a law signed by President Obama last April. One of its aims is to increase early stage startups’ access to capital. Crowdfunding sites like the wildly popular Kickstarter currently permit prospective ventures to raise funds through what is essentially a donation system. No doubt, millions have been raised to fund the development of gadgets, movies, art projects, even small businesses. But in exchange for their donations, supporters receive small gifts, future discounts, or perks — not a stake in the company. The new law could make this type of fundraising process more appealing to investors because they will receive partial ownership in exchange for their investment. 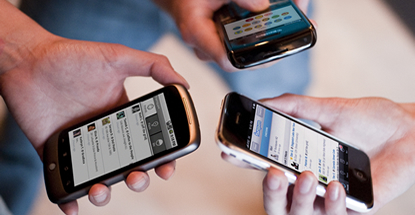 Crowdfunding is poised to be bigger than ever in 2013, with fundraising successes such as the Pebble watch and the Ouya game console both getting ready to launch their long-awaited projects.

But crowdfunding is more than just bringing neat products to market. At next month’s Launch startup festival, MicroVentures — a company that vets investors and gives them access to potential deals — will work with the conference and other partners to let startups do some live fundraising as they present their ideas on stage.

That will be facilitated through a new mobile app, said Tim Sullivan, chief executive of MicroVentures. The company developed the app, Sullivan said, because there was previously “no way through mobile devices that you can adequately see what’s out there in terms of companies that you might want to invest in.” 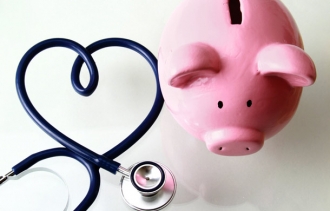 When Dave Chase was looking to crowdfund his new company, Avado, last summer, he bypassed well-known sites like Kickstarter and went straight to Medstartr, which caters to health-related startups.

Seattle-based Avado makes technology tools that patients and physicians can use to communicate with each other—a mission that resonated with Medstartr’s audience of health-minded individuals. Within two months of posting a video and description of Avado on the site, Chase surpassed the $5,000 fundraising goal he had set and ended up bringing in $7,585.

In addition to the capital, Chase says, he gained valuable experience that he parlayed into a round of angel financing. “The Medstartr experience was critical for crisping up our story,” Chase says. “It helped us communicate the heart of what our benefit was to both patients and providers.” Chase took what he learned, used it to post a description of his company on AngelList—a site that matches financiers with entrepreneurs—and ended up raising $1 million in January. 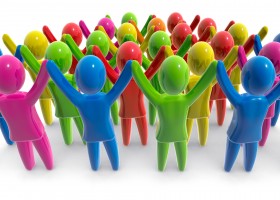 Small U.S. investors can donate money to a startup on a crowdfunding site such as Kickstarter, but they won’t get a stake in the company in exchange.

Despite changes in federal law, Americans can’t yet legally put money into a startup in an “equity crowdfunding,” an investment method that is open to ”accredited investors” only.

The Jumpstart Our Business Startups Act, enacted and signed into law in April last year, was meant to enable this. It eased accounting and disclosure requirements on smaller companies to help them go public, aiming to spur growth and create jobs.

The idea was that eventually, investors of every kind would be able to find startups or small businesses that they want to back online, hammer out deal terms and complete the transaction, all digitally. 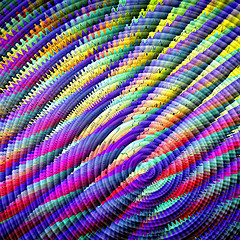 Deloitte released the company’s Technology, Media and Telecommunication predictions for 2013 and one particular section on crowdfunding caught our attention. Among Deloitte’s predictions: 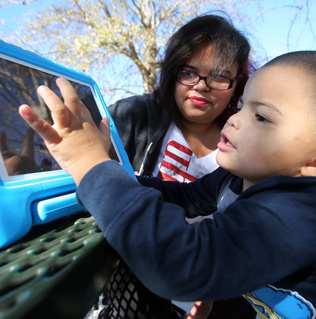 Brenda Lynn says her autistic son Kaleo, 3, hardly speaks, and his inability to express himself frustrates him – except when he’s using his speech therapist’s iPad.

“The iPad really controlled the tantrums and helped him communicate,” said Lynn, 39, of Orlando, Fla. “I tried to get him one, but I couldn’t afford it on my own. I applied for grants, but I wasn’t lucky enough.”

So Lynn, who is unemployed, turned to Facebook and GoFundMe.com, a crowdfunding website that allows people to solicit cash for personal causes. She asked for $500 and raised $620 in 17 hours.

Crowdfunding sites such as Kickstarter, Indiegogo and RocketHub have for years helped entrepreneurs start or expand businesses. Now, people increasingly are using similar sites and social media to raise money for personal wants and needs. 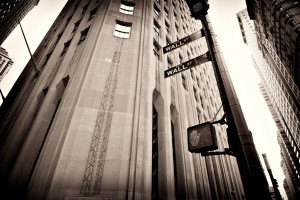 One of the interesting points that emerged from last week’s Sunshine Act meeting of the SEC Advisory Committee on Small and Emerging Companies was the following recommendation:

The U.S. Securities and Exchange Commission should facilitate and encourage the creation of a separate U.S. equity market or markets for small and emerging companies, in which investor participation would be limited to sophisticated investors, and small and emerging companies would be subject to a regulatory regime strict enough to protect such investors but flexible enough to accommodate innovation and growth by such companies.

In referencing “sophisticated investors,” the SEC is specifically referencing accredited investors. The SEC cannot make an exchange, but this recommendation suggests a willingness to help solve a big problem for small business. Small business equity is illiquid, and this fact hinders economic growth. 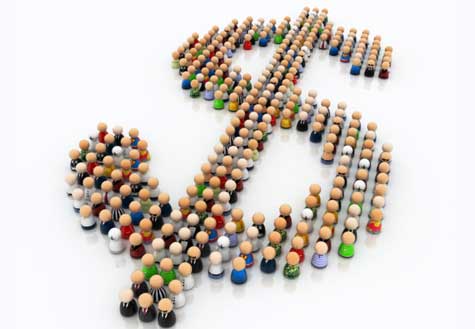 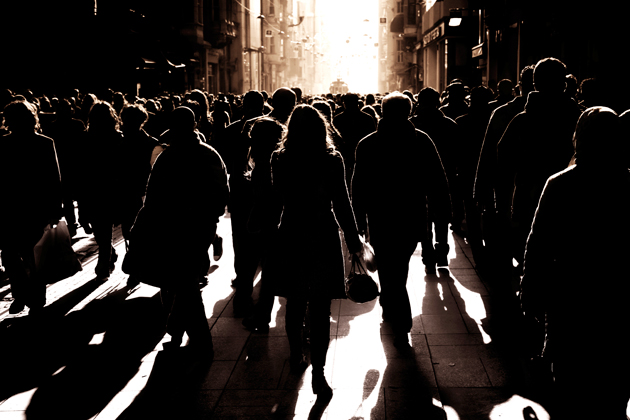 Nearly two years ago, I championed the idea of making it legal for entrepreneurs to raise money by selling equity stakes in their companies online. This kind of crowdfunding came much closer to becoming a reality when President Obama signed the Jumpstart Our Business Startups (JOBS) Act into law in April. It was one of the few bipartisan efforts to support small business that emerged from Washington in recent years.

The businesses that stand to gain the most from the crowdfunding provision in the law are those seeking small sums—less than $100,000. The goal is for the undercapitalized owners of the local car repair shop or restaurant to be able to inexpensively raise money from individuals without getting engulfed in red tape.

These kinds of investments don’t interest angel groups and venture capital firms. In fact, less than 1 percent of all the small companies in the U.S. get venture capital or angel group funding annually. Moreover, the legal costs of private placements under the Securities and Exchange Commission’s existing rules (which date back decades) are too high to be worthwhile for small raises.

The SEC, which was required to write the regulations for the crowdfunding portion of the law by year end, is still hammering them out. Its staffers have a noble goal—to ensure ordinary investors are protected from scammers. But too much investor protection will make crowdfunding unworkable because the businesses won’t be able to afford to comply. Overdo it, and this new source of financing gets crushed under the weight of its own rules.

Summary: Petridish is a crowdfunding platform for scientists to showcase their research to the public and for the public to show recognition and support to innovative researchers in the form of monetary payments or pledges.

Best Feature: Petridish provides you with the opportunity to gain support of the next, life-changing scientific discovery. Your “backers” have the ability to email your project to family and friends, share your research on Twitter and Facebook, and even ‘star’ your findings as a favorite. With these simple links, your research has the ability to be shared and spread across the Internet quickly.

What To Consider: Projects are hand-selected, thus not everyone has a chance of showcasing their research. Also, similar to Pozible, Petridish uses an “all or nothing” approach in which projects are only funded if they meet their goal by the set deadline.

Ideal User: Scientific experts looking to share their passions with others in order to accumulate backers and funding worldwide. Petridish is for the “best of the best” in science, as only some projects will make the cut.

Cost: The site requires a 5% fee. Third-party credit card processing fees are also the responsibility of the researcher, which are typically 3 to 4%.